Now, in this new series following VAMPIRE ACADEMY,  we open with Sydney Sage in trouble with the Alchemists for helping Dhampire Rose Hathaway.   Afraid of Re-education she finds herself awakened in the middle of the night and told she is going to Palm Springs, CA to pose as the older sister of Jill Dragomir the Moroi princess.

When Sydney becomes friends with Trey from the football team she finds out that they regularly get tattoos that seem to enhance their performance. As she digs deeper she finds similarities between the tattoos of the football players and the tattoos used by the Alchemists. Why the connection? What is really going on?

As Sydney overcomes her fears of the Dhampir and Moroi people and friendships start to form, others who are against those relationships use that information to get her in trouble.

As Sydney starts working with one of her teachers who is writing a book she finds herself being slowly introduced to magic and finds a new world that has been forbidden to her.

As her time unfolds the drama becomes larger and it takes everything Sydney has to stay in control of her own life.

Editor's Note:  BLOODLINES is the series that spun off from the VAMPIRE ACADEMY series.

From Richelle Mead: A Letter to Fans 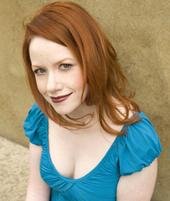 A lot of people ask me if I’m sad that the Vampire Academy series ended. And honestly…I’m not. There are a couple reasons for this. One of the biggest is that I’ve always known how Rose’s story was going to wrap up, and it was time for her to get a little happiness. She’s had a rough time in the series!

The other reason I’m not sad about Vampire Academy ending is because…well, it hasn't.

Technically, Bloodlines is the first book in a new series (which is also called Bloodlines), but it picks up almost right after Last Sacrifice ended. Fans aren’t going to have to wait long to find out what’s going in the Moroi world--and that’s the key point here. We’re still in the Moroi world. Bloodlines takes place around all the Moroi, dhampirs, and other supernatural intrigue and romance we loved in the first six books. We even get to see how a lot of familiar characters are doing--including Rose and Dimitri.

The biggest difference is that Sydney, the Alchemist we first met in Blood Promise, has taken over as our narrator. She’s telling the story now--and with good reason. Things have gotten a bit crazy in the Moroi world, and Sydney finds herself dragged into the heart of it. Jill Mastrano, the young Moroi girl who learned about her royal status at the end of Last Sacrifice, is being targeted by assassins who want to remove her sister from the throne. To keep her safe, Jill is sent off into hiding--at a human school in Palm Springs, California.

To say this is a bit of culture shock for Jill is an understatement, but it’s just as difficult for Sydney. Sydney has to go undercover with Jill, posing as her sister, in order to make sure things run smoothly with a vampire hiding out in a human society. Eddie Castile, the well-intentioned dhampir always getting into trouble for Rose, also comes along to work as Jill’s bodyguard. Rounding out the cast is the notorious Adrian Ivashkov. He’s not posing as a student, but he has “helpfully” invited himself along to keep a brotherly eye on Jill--and torment Sydney with his constant jokes and party boy habits.

Rose was a great narrator, and Sydney’s fun in a lot of different ways. She gives us a human take on the Moroi world, which isn’t something we’ve really seen yet. Vampire life, through Rose’s eyes, is a very normal thing. For Sydney? Not so. It’s made worse because she’s been raised to believe vampires and dhampirs are wrong and unnatural, but spending time with them in Palm Springs begins to change her mind. The Alchemists don’t look favorably on those questioning their beliefs.

What’s also interesting is that Sydney has a much more analytic view of the world than Rose. Sydney overthinks where Rose rushes in, and both styles are fun to watch. Sydney’s super smart and can memorize reams of material—but is a little oblivious to how a normal social life works. That’s never been an issue while she was working as a field Alchemist, but in the midst of a high school—with guys who want to ask her out? Yeah. There are a few complications! Roll in the fact that sinister, supernatural activities are going on in Palm Springs, and Sydney suddenly finds her mission a lot more complicated than even she expected.

All in all, I think readers who loved the Vampire Academy series are going to adore Bloodlines. I purposely left a lot of questions at the end of Last Sacrifice…and those are going to get answered. And like I said, Vampire Academy hasn’t really ended. It’s just going to go on in a different form and give us a look at the vampire world in a new way. Fans of Sydney, Jill, Eddie, and especially Adrian are going to love learning more about them. So, have fun, and get ready for the story to continue!